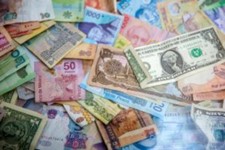 Who are the richest women in the world?

We hear a lot about the richest men in the world. But who are the richest women? Jillian Thomas has been taking a look.

Newspapers are full of stories about the ‘richest men in the world’. We are familiar with historical names such as John D Rockefeller and Henry Ford, and today the title is being disputed by Elon Musk and Jeff Bezos, depending on the respective share prices of Tesla and Amazon.

But who are the richest women in the world? And how did they acquire their wealth?

Well, no I am not on the list! But according to the US magazine Forbes in its 2020 ‘billionaires list’, it is Alice Walton, an heir to part of the Walmart fortune. Forbes put her estimated wealth at $54bn (£38.6bn), which was enough to take top spot from L’Oreal heiress Francoise Bettencourt Meyers. Forbes put her worth at a mere $49bn (£35bn)!

Third on the list is Julia Koch, who became worth nearly $40bn on the death of her husband David, son of the founder of Koch Industries.

Julia Koch ranks just ahead of McKenzie Bezos, who was married to Jeff Bezos for 25 years, before an amicable divorce saw her receive a quarter of her ex-husband’s shares in Amazon, giving her a net worth of $36bn (£26bn) according to Forbes’ estimate.

There is clearly a common theme at the top of the list: the richest women in the world inherited their wealth or, in one case, acquired it following a divorce.

So, what about women who made their own money? Women who have started and built businesses?

Number one on the Forbes list, for the third year in a row, is roofing entrepreneur Diane Hendricks, whose business ABC Roofing is the largest wholesale distributor of roofing and windows in the US. She is worth $8bn (£5.7bn), which puts her ahead of Judy Faulkner, worth $7bn (£5bn) after founding medical records software firm Epic in 1979.

What is interesting as you go further down the list of ‘self-made women’ is the influence of the ‘new economy’.

Gwynne Shotwell is worth $300m (£215m). She is COO of Elon Musk’s space exploration company SpaceX. Kelly Steckelberg was reckoned by Forbes to be worth $255m (£183m) – it is almost certainly more now, as she is the CFO of Zoom Video Communications.

Whitney Wolfe Herd is highly likely to be a billionaire now thanks to the recent flotation of Bumble, the dating app she founded.

We can expect new technology and the entertainment industry to continue to influence these ‘rich lists’. But other industries also have their winners. Cosmetics and music are estimated to have given Rihanna a $600m (£430m) fortune. And no list of the world’s richest women is complete without reference to the single mum who sat in an Edinburgh café writing a story about a boy wizard. According to Business Insider, JK Rowling is worth ‘at least’ $670m (£480m).