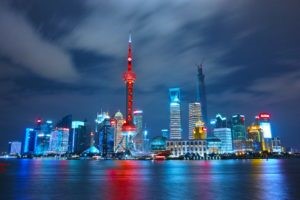 Should the UK go east?

Has leaving the EU given the UK more opportunities to trade? And who with? Jillian Thomas takes a look.

Whichever side you were on in the Brexit debate there was little doubt about one of the central arguments: leaving the EU would free the UK to do its own trade deals with countries and trading organisations around the world.

At the end of January the BBC reported that the UK was applying to join the CPTPP (The Comprehensive and Progressive Agreement for Trans-Pacific Partnership).

The CPTPP is a free trade area, made up of 11 Asian and Pacific countries, including Australia, New Zealand, Japan and Canada (but excluding China).

The 11 countries have a population of approximately 500m people – compared to the 446m who live in the EU. Speaking to the BBC’s Andrew Marr, International Trade Secretary Liz Truss said, “In future it is going to be Asia-Pacific countries where the big markets are: where there are growing middle-class markets for British products.”

Is she right? Could the UK’s future lie not in trading with Europe  or even the US, but in trading with the Far East? The wider Asian economy shrank in 2020 – despite the Chinese economy reportedly growing by 2.3% – but that was the first contraction since the 1960s.

Clearly there is huge potential for British companies in the region, with the wider Asian economy comprising 49 different countries and 4.5bn people – around 60% of the world’s population.

What about the rest of the world? Obviously the UK now has a trade agreement with the EU, and ‘rollover’ deals with a whole host of countries took effect from January 1st. A trade deal was agreed with Japan in October last year and talks are ongoing with Australia and New Zealand.

As yet, a trade deal has not been agreed with the United States. Despite the warm words from Boris Johnson on his election, there seems little doubt that Joe Biden is less favourably disposed towards a deal with the UK than his predecessor would have been. Biden is famously proud of his Irish roots – his great-grandfather emigrated from County Louth as a child – and this may be a stumbling block in future negotiations.

Meanwhile the World Bank is predicting that the East Asia and Pacific region will grow by 7.4% this year – not quite making up the ground lost in the pandemic, but still a significant rate of growth. Liz Truss may well be right. The famous advice given in the US back in the 19th Century – ‘Go West, young man’ – may need updating. For UK businesses it could well be, ‘Go East…’