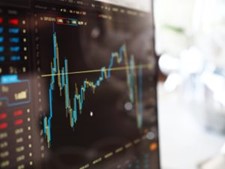 How Brexit may affect the Stock Exchanges

We all know Brexit could lead to considerable upheaval, but no-one knows exactly what that upheaval will look like. Queuing lorries in Kent, shortages in the shops….. but now people are starting to worry about what it might mean to Stock Exchanges.

There is concern in London’s biggest share trading venues about where they may be able to buy and sell European stocks and where they may not, because for trading to continue as normal, the EU would have to recognise the UK and its exchanges as operating with rules and regulations that can be considered ‘equivalent’ to those under which the EU functions.

The Chief Executive of Aquis Exchange, which holds five per cent of the European Market, Alasdair Haynes, is not convinced that will happen.

He said: “There will be no equivalence. People are living in a pipe dream if they think it’s going to happen. People are getting prepared to move business over.”

If there is a declaration of no equivalence some EU based institutions will be prohibited from trading in London.  And that trading will be moved to other European cities, for examples Amsterdam or Paris, which leaves London at serious risk of losing its dominance as a share trading centre.

Currently, London handles up to 30 per cent of the European daily market, the daily market as a whole being worth €40billion. As exchanges opt to move their venues elsewhere in Europe to avoid the implications of share trading obligations (which determine which exchanges investors can trade their liquid stocks in), London’s grip on that 30 per cent will inevitably fall.

The London Stock Exchange Group’s share trading platform Turquoise has confirmed they now intend to open a base in Amsterdam at the end of November, from which it will trade EU shares. Cboe Europe, the largest stock exchange in Europe who are currently headquartered in the UK, has submitted their application to also establish an entity in the Dutch capital. TP ICAP, who are also headquartered in London at present, has begun discussion with French regulators with regard to setting up an EU base in Paris. While all three of these exchanges intend to keep their London venues where they are, their new plans are indicative of the overriding sense of uncertainty over the shape that Europe’s cross-border share trading market may take post-Brexit.

David Howson, president of Cboe Europe, said: “We need to be mindful Brexit doesn’t result in trading reverting back to national exchanges and undo all of the good work we’ve done to bring competition to [the] European equities market over the past decade.”

If you want to discuss how Brexit may affect your investments, please contact us on 01246 435996.