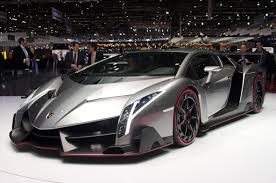 Could you buy a Lamborghini?

Have you been tempted to dip into your pension pot? Jillian Thomas crunches the numbers to see who has. And asks - is it enough to buy a Lamborghini?

You may remember back in 2014 when pensions minister Steve Webb made his famous comment about cashing in pension pots to buy a Lamborghini. It was perhaps not the wisest comment made by a minister, especially when the Italian sports car costs more than most people have in their pot in total!

From 2015, the pension freedom tax rules have allowed members of defined contribution pension schemes to access their pension savings early, provided they have reached the required minimum pension age, which is currently 55 (but due to go up to 57 in 2028).

Scheme members can take their pension benefits in a number of ways. This could be:

And people have been dipping into their pension pots. In fact, the latest figures released by HMRC show that more than £42 billion pounds has been withdrawn from pensions since the flexibility changes came in. I guess that might buy a few Lamborghinis if you put it all together!

In the last three months of 2020 alone £2.4 billion was withdrawn from pensions flexibly. This is six per cent more than in the same months in 2019. The number of people making withdrawals was also up, by ten per  cent to 360,000 on the previous year. The effect of Covid perhaps?

But drill down the figures and you will see that the average amount withdrawn was just £6,600. That might buy a Lamborghini hubcap.

If you want to know more about pensions and pension planning, please contact us.